You are here: Home1 / Utilizing the diversity of the Danube Region in a meaningful way
PreviousNext
123456

Utilizing the diversity of the Danube Region in a meaningful way

What about the responsiveness of macro-regional strategies such as the EU Strategy for the Danube Region (EUSDR) in times of crisis? How do the Danube countries react to the dangers and consequences of the Russian war of aggression against Ukraine? And how can cross-border cooperation on issues of climate protection and energy transition succeed? For the eleventh time, representatives from politics, administration, science and culture came together at the invitation of the Institute for the Danube Region and Central Europe (IDM) and the University of Continuing Education Krems (UWK) to debate the power and powerlessness of regions. The Danube Conference 2022 offered two top-class discussion rounds in the Alois Mock Hall of the BMEIA.

The Danube connects, but it can also divide. The more crisis-ridden the times, the further the neighbours along the international river threaten to drift apart. This makes cross-border cooperation and open discussions between the various actors all the more important. This observation was shared by the international speakers of the Danube Conference 2022, which was organized by IDM and UWK under the auspices of ARGE Donauländer, with the kind support of the Province of Lower Austria and in cooperation with the Federal Ministry for European and International Affairs (BMEIA) and other partner institutions (University of Natural Resources and Applied Life Sciences Vienna, IMC University of Applied Sciences Krems and the Europa-Forum Wachau).

This year’s conference entitled “Growing together or drifting apart?” was opened by Ambassador Harald Stranzl of the BMEIA, representing Section Head Thomas Oberreiter. He stressed the importance of macro-level cooperation in the Danube Region in a new geopolitical situation, and events such as the Danube Conference, which make visible the changes and challenges in the Danube Region and invite to enter into an exchange on relevant issues. In his video message, Provincial Councilor Martin Eichtinger emphasized the key role of cooperation between the countries along the Danube for peace in Europe. Friedrich Faulhammer, who welcomed the guests in his double function as the new IDM Chairman and Rector of the UWK, also emphasized that for him “the future of Europe lies in this diverse region, which is shaped by the Danube and its tributaries and connects different religions, historical experiences, ethnicities and traditions.”

The 2022 Danube Conference focused on the multiple consequences of the Ukraine war for the entire Danube region. With political scientist Nadija Afanasieva, Director of the Ukrainian Institute of International Politics (UIIP) in Kyiv, and Olga Pindyuk, economist at the Vienna Institute for International Economic Studies (WIIW), two proven Ukraine experts shared their assessment of the political and economic consequences of the war. On further rapprochement toward Ukraine’s EU accession, Afanasieva said, “Finally, everyone in the region has understood that we have to work together on this. If we continue to drift apart, Ukraine will disappear from the map and other countries will follow.” In the first panel, moderated by IDM Managing Director Sebastian Schäffer, Afanasieva was joined by the two EUSDR National Coordinators, Michal Blaško for Slovakia and Harald Stranzl for Austria, who debated the potentials and limitations of medium- to long-term strategies such as the EUSDR when it comes to responding to events that require short-term action. Slovenia currently holds the presidency, which will be taken over by Austria in November 2023. Teresa Stummer, in her function as representative of ARGE Donauländer, emphasized the possibilities of cultural diplomacy, which often serves as a door opener for further projects of cross-border cooperation. In this sense, the dance performance of two young dancers, who presented pieces of the Moldovan choreographer Mihail Sosnovschi, was a diversified addition to the discussions at the podium.

The second panel, moderated by IDM researcher Daniela Apaydin, focused on the unifying element of the Danube, on the basis of which experts from different sectors discussed pressing issues of energy, ecology, democracy and economy. How can Europe become independent of Russian gas and at the same time prevent climate-damaging actions? What is the future of hydropower, given the unrepaired damage of past infrastructure projects? And how can regional actors have a say and bring about change, even in complex crisis situations? Olga Pindyuk, environmental historian Gertrud Haidvogl (BOKU), Artur Lorkowski, director of the Energy Community, and democracy and regional researcher Sarah Meyer (UWK) debated these questions. The latter, on the role of subnational actors in the multi-level system of the EU, pointed out that the Danube region not only has a strong diversity of interests and opinions, but that regions also have different degrees of autonomy and room for maneuver. Lorkowski provided insights into the integration of the European energy market and challenges of the energy transition. Haidvogl, who called for more cooperation between disciplines and between science and society, shared her assessments of ecological threats in the Danube basin and pointed out that countries bordering the Danube in particular must assume mutual responsibility. Pindyuk gave an insight into Ukraine’s economic challenges. In her view, “Ukraine has the potential to become one of the most important energy exporters in Europe.”

You can watch the video of the Danube Conference 2022 below:

Delegation visit from the Autonomous Province of Vojvodina to IDM 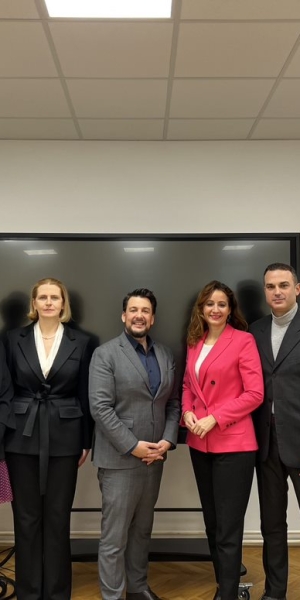 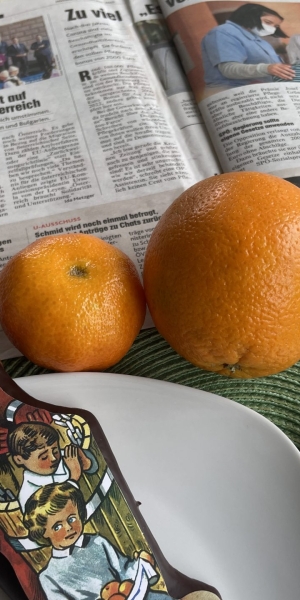