You are here: Home1 / 70 years of IDM – a path from South Tyrol to Moldova

The aim of the project is to create the most comprehensive possible representation of the history of the IDM. The metamorphosis that the institute has undergone is examined. It was founded in 1953 in Salzburg, outside the Soviet occupation zone, by personalities whose image of the European continent was shaped by the times before and after the First World War. The development of the institute is examined – above all – on the basis of the institute’s own magazine, which was published with one short interruption. The focus is on world history from the Cold War, through the turning point in the East Central European countries in 1989 and the EU enlargements in 1995 and 2004, which are reflected in the institute’s activities. These investigations are supplemented by eyewitness interviews as the second essential pool of sources. In particular, the period from 1995, the beginning of Austria’s EU membership, but also the presidency of Erhard Busek with his extensive contacts, is extensively researched.

Today’s Institute for the Danube Region and Central Europe was founded on 5 December 1953 in Salzburg. The institute was founded by three personalities: Theodor (von) Hornbostel, Carl (von) Karwinsky, former State Secretary for Security, and Dr. Rudolf Lodgman von Auen, as a representative of the Sudeten Germans in the Federal Republic of Germany, previously a member of the Austrian Imperial Council, governor of “Deutschböhmen” in 1918/19, then active as a German national politician in Czechoslovakia. In this context, two circumstances seem remarkable: on the one hand, the place of foundation, on the other hand, the participation of a representative of the (expelled) Sudeten Germans. The founding place Salzburg is explained by the fact that in 1953 Austria was still occupied four times and one deliberately wanted to avoid a place in the Soviet occupation zone. Salzburg, located in the American zone, on the other hand, seemed safe. The participation of a representative of the Sudeten Germans points to an essential area of activity of the Institute, namely the “German language islands on the other side of the Iron Curtain”. However, as early as March 1955, before the State Treaty, the board of the institute stated “that the reconciliation of nationalities should be one of the main tasks of the institute”. In 1957, after the end of the occupation, the institute moved to Vienna. From 1953 to 1971, the organization was headed by Theodor Hornbostel (1889 to 1973), with Peter Berger as Secretary General leading the day-to-day business. Hornbostel worked as a diplomat in the interwar period. The Danube region, Central Europe and Europe were his special areas of interest. From the beginning he supported the Paneuropa-Union Richard Coudenhove-Kalergis and also became a board member of this organization founded in Vienna in 1922/23.

About the Institute for Danube Region and Central Europe 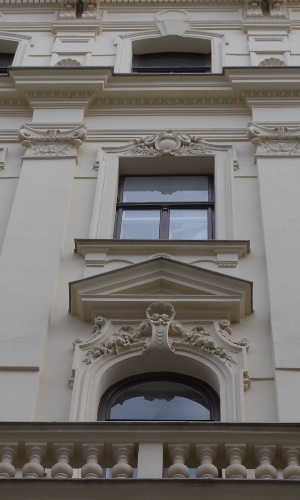