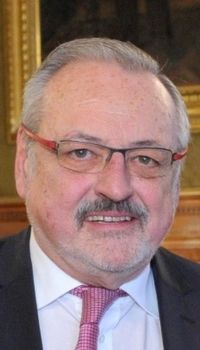 is a member of the Senate Council of the City of Vienna. He studied law at the University of Vienna, economics at the University of World Trade and Spatial Planning at the Vienna University of Technology. He worked for the Vienna Institute for Location Consulting, later as one of the heads of the Coordination Office of Danube Area Vienna, and was from 1991-2015 chairman of the Working Group Transport and Shipping of the Working Group of the 40 Danube Regions (ARGE Donauländer). From 1996 he was deputy head of the coordination office of the Municipal Directorate of the City of Vienna. 1997 deputy head of the International Relations Department of the Municipal Directorate and head of the TINA Secretariat (Transport Infrastructure Needs Assessment for Central and Eastern Europe) of the European Commission, Directorate-General for Transport. In 1998 he was transferred from EC-DG 7 (now: MOVE) and appointed manager of the pan-European transport corridor VII, the Danube. Since July 1998 he has been a member of the board of the Institute for the Danube Region and Central Europe (IDM). From 1998 to 2001 he was president of the Danube-Oder-Elbe Association in Prague, president of the International Canals and Waterways Organisation (ICWO) in Washington D.C. (USA), and head of TINA Vienna Transport Strategies Ltd. In 2002 he became a member of the Board of PIANC, Section Austria, and was its president from 2008 to 2012. From 2003 to 2008 he was CEO of the new TINA
VIENNA Transport Strategies Ltd., a company of Wien Holding AG. In September 2005, he was elected first vice president of the Austrian Waterways and Inland Navigation Association, and remained so even after its re-establishment as PDA – Pro Danube Austria. In 2008 he founded the company scwconsult, Transport and Logistics. For several years he was an extraordinary lecturer at the University of Applied Sciences for Transport and Logistics of the BFI.

Since 2008 he has been a consultant and Danube Region Commissioner of the Austrian Association of Cities. In December 2012, he was sent to the Executive Committee of the Council of Danube Cities and Regions in Ulm as a representative of the City of Vienna. 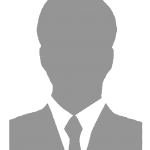 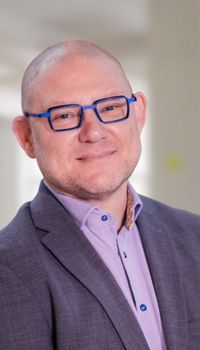