You are here: Home1 / The General Assembly 2022
PreviousNext 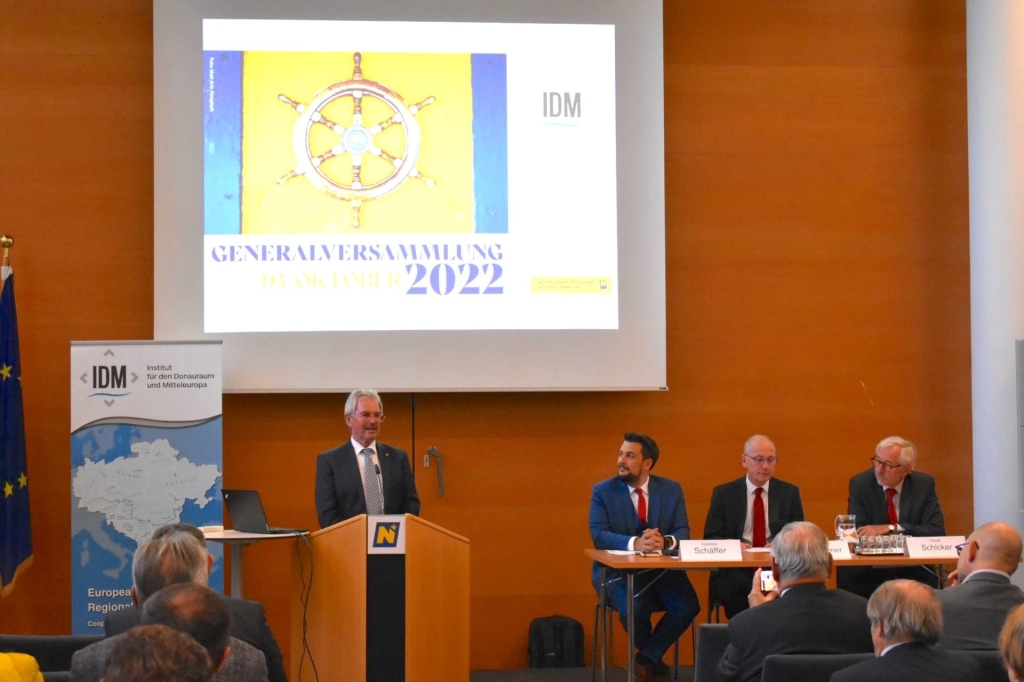 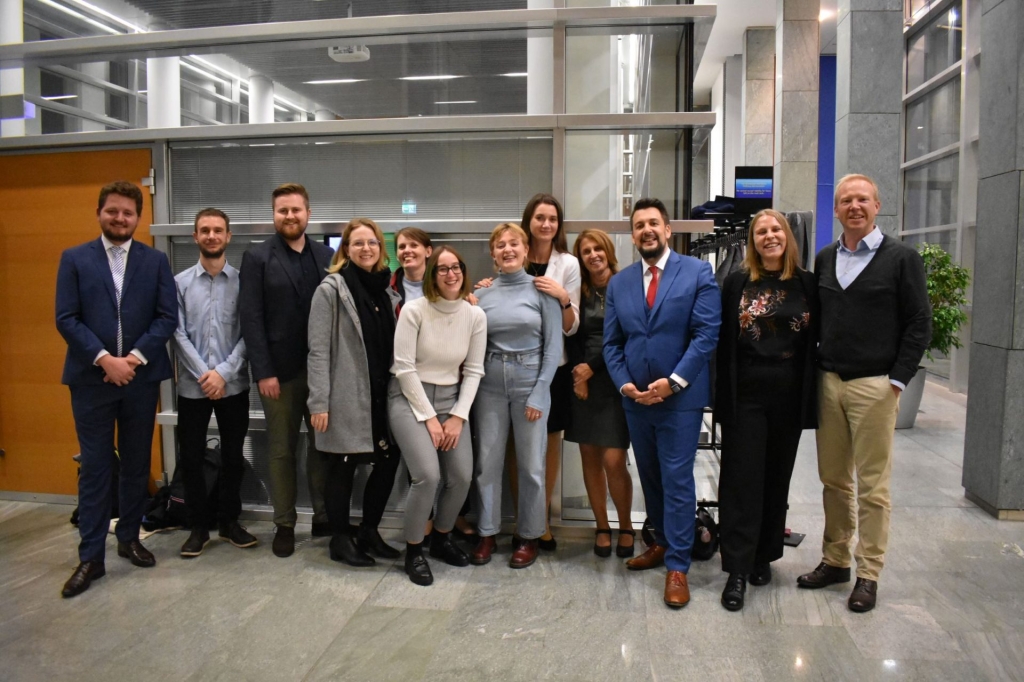 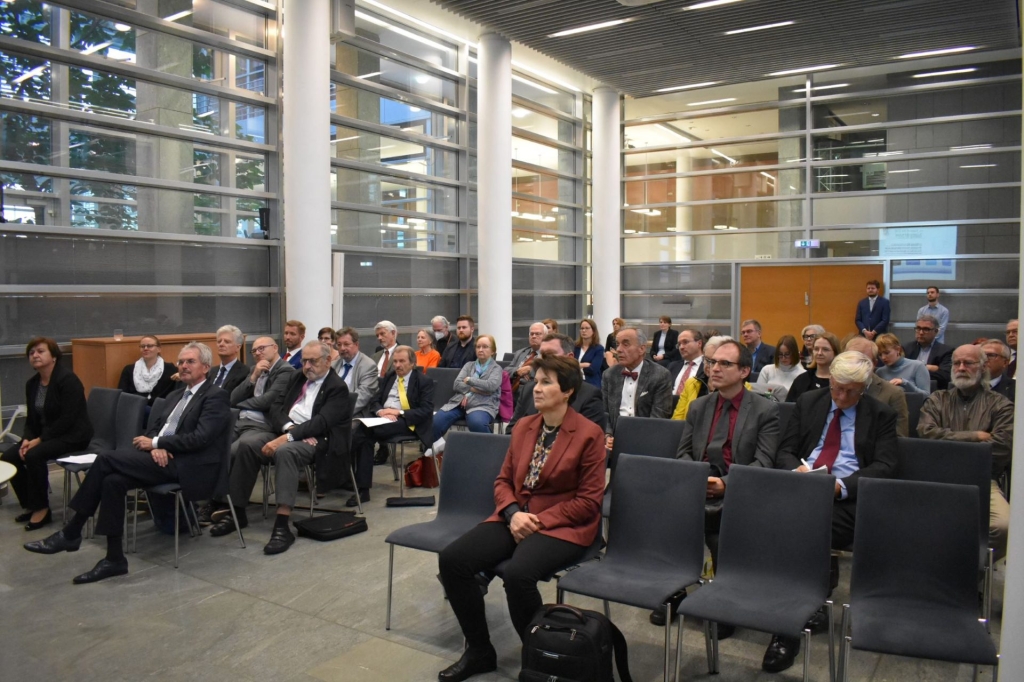 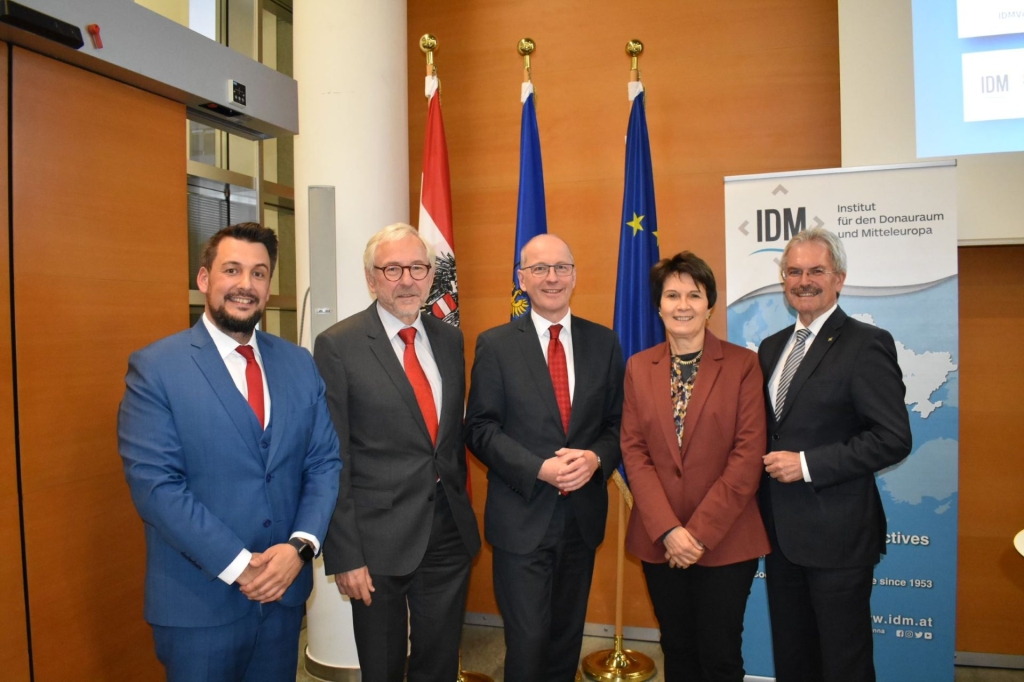 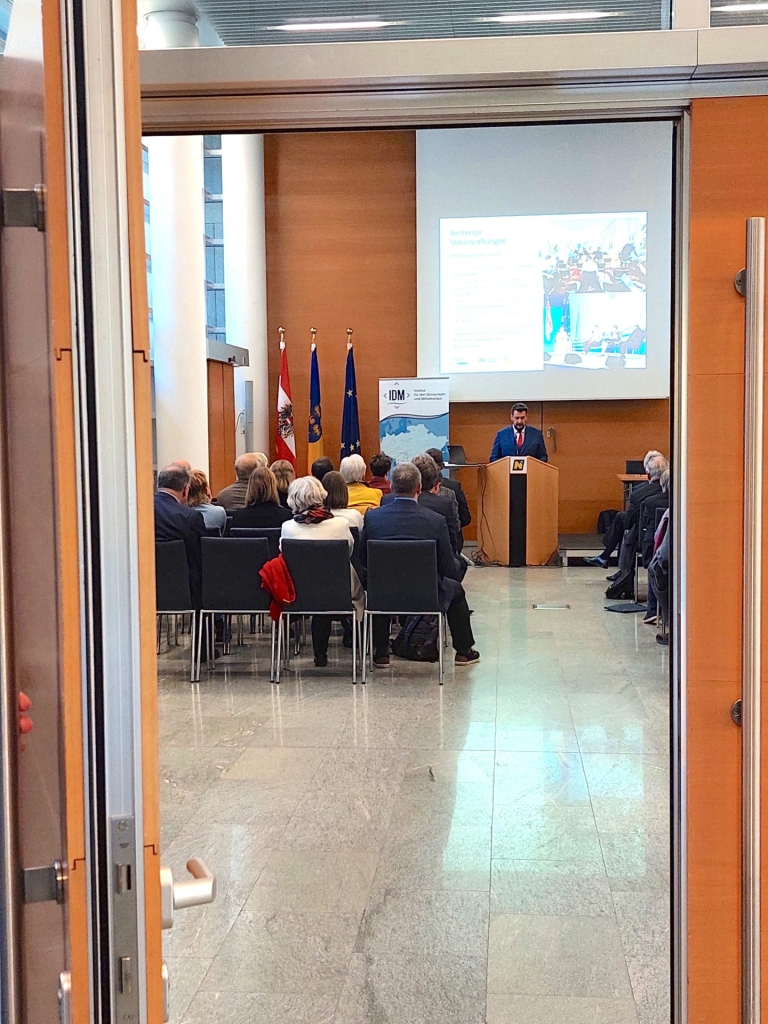 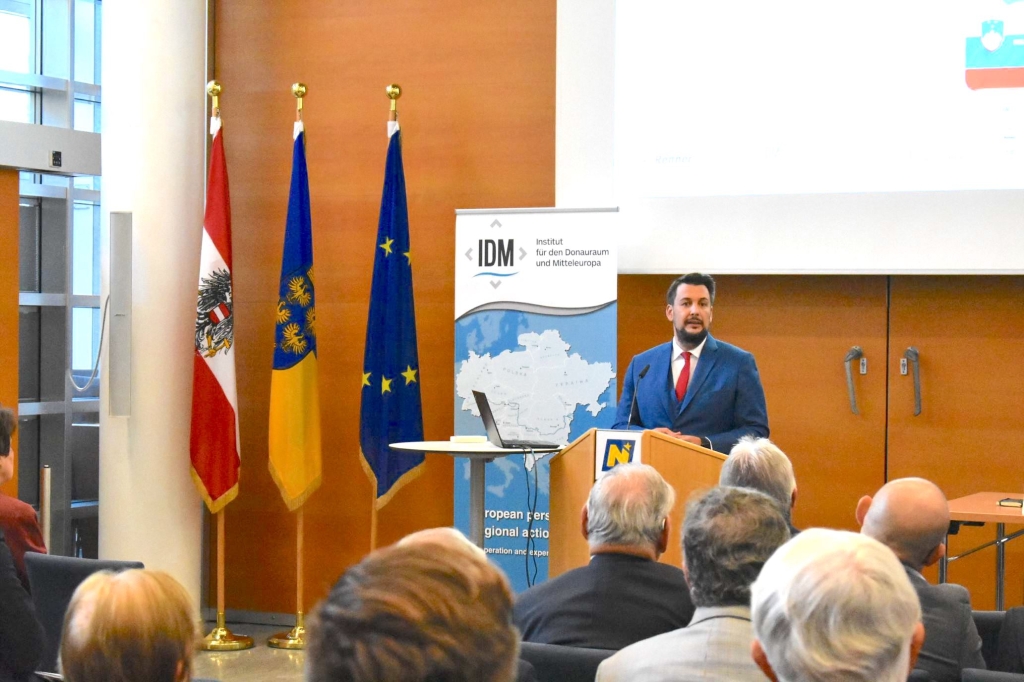 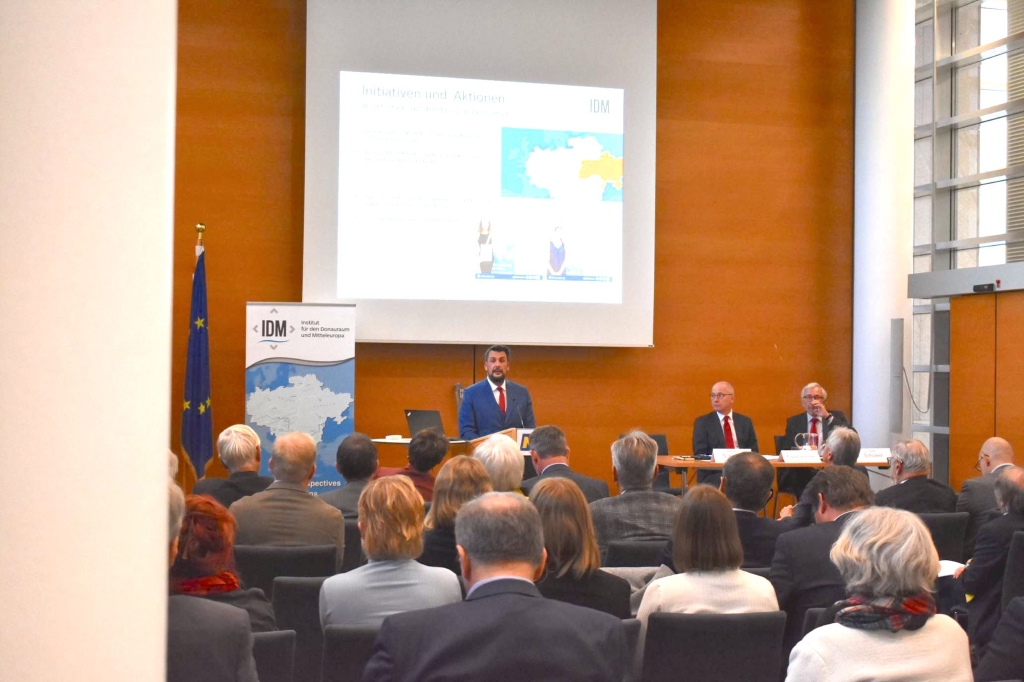 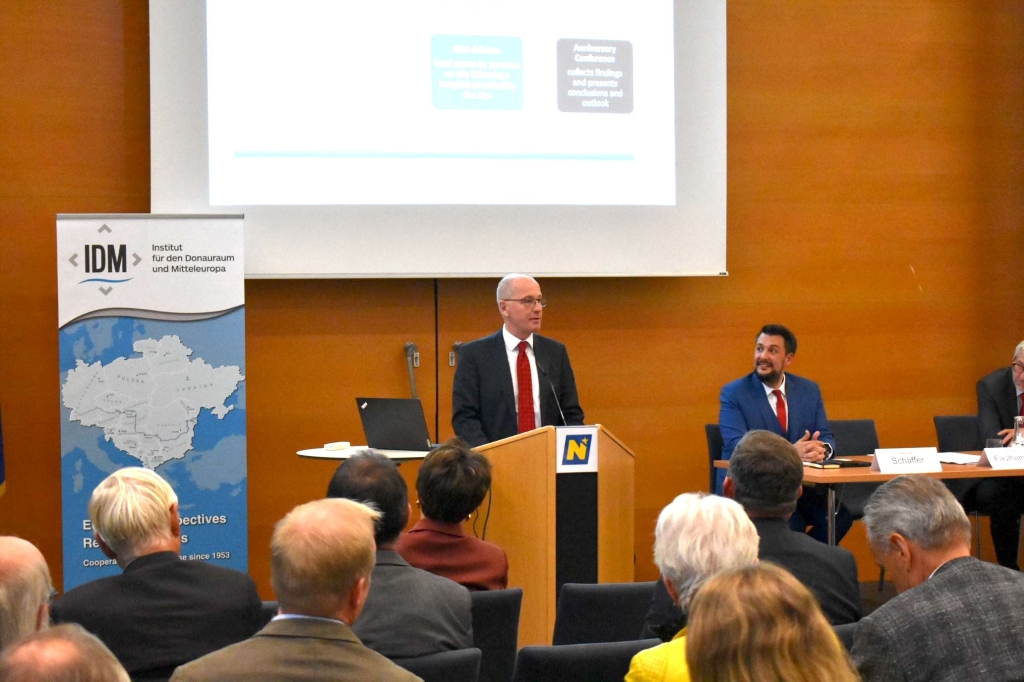 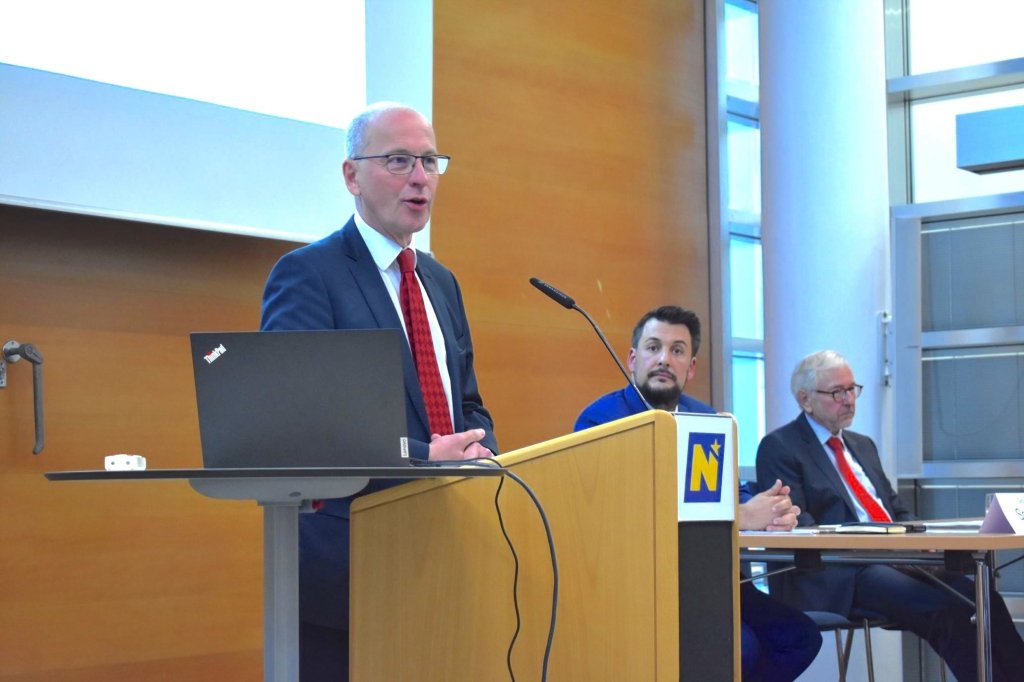 After a two-year break, the Annual General Meeting of the Institute for the Danube Region and Central Europe (IDM) could once again take place in person at the Landhaus St. Pölten on 4th October 2022. The annual meeting is a fixed point in the calendar of the association-based institute, and so the members of the IDM community, the friends and the team took the opportunity to get in touch with each other. In addition to a review of the highlights and the vast IDM programme of the past months carried out by Executive Director Sebastian Schäffer, other important decisions on the agenda were discussed: The General Assembly voted for individual amendments to the statutes and a newly created sponsor membership. With the election of a new board, the members set the course for the future of the IDM. Friedrich Faulhammer, who had already been a member of the board, was elected chairman of the IDM.

The Province of Lower Austria as host

On behalf of Governor Johanna Mikl-Leitner, who later invited the guests to a reception, Mag. Karl Wilfing, President of the Lower Austrian Parliament welcomed those who were present. In his welcome speech, Wilfing emphasised the importance of a free and democratic Europe. He thanked the IDM for its work in the region, especially in the field of the promotion of young people. “The work of the IDM may be needed more today than in previous years,” Wilfing said, referring to recent developments in Ukraine.

In a minute of silence, those attending remembered the long-time IDM Chair Dr Erhard Busek, who passed away on 13th March 2022, as well as the two former members Herwig Hadwiger and Dr Rüdiger Malli.

In the course of the event, Sebastian Schäffer gave a full insight into the activities of the Institute and summarised previous events, publications and initiatives. Current and future projects were also presented. Those present were given a first preview of the upcoming jubilee year in 2023, when the Institute will celebrate its 70th birthday. The website was among the innovations presented during the Assembly, where interested parties can quickly and easily find information about the versatile IDM expertise.

The report of the auditor, Tibor Jugovitis, on the 2021/22 business year was equally pleasing. At the reception that followed, the newly elected Board and its Chair were warmly congratulated. 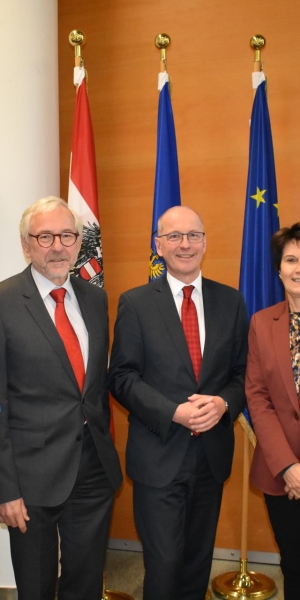 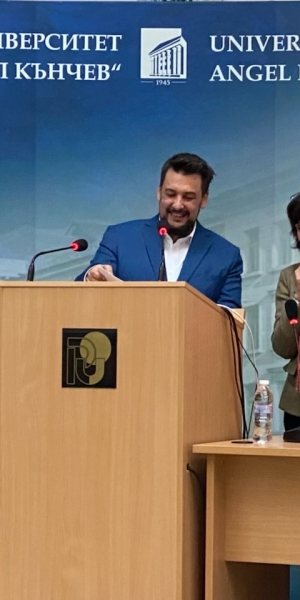