You are here: Home1 / Lukas MANDL 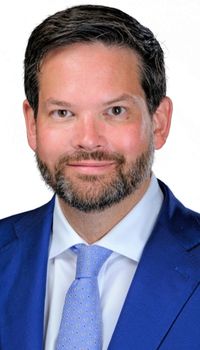 Member of the European Parliament

Lukas Mandl, born in 1979, holds a commercial academy and a degree in communication sciences from the University of Vienna. He taught at the Vienna University of Economics and Business from 2008 to 2016 and worked in consulting and sales until 2019. He was elected to the Lower Austrian Landtag in 2008 and re-elected in 2013.

Mandl’s global focus regions are the Western Balkans, the Middle East and the Korean Peninsula. He is the Swiss rapporteur of the European Parliament and, among other things, a substitute member of the joint parliamentary assembly with the United Kingdom. Mandl heads the Transatlantic Friends Of Israel (TFI) and the Kosovo Friendship Group in the European Parliament and is Vice-President of the Assembly of European Regions (AER). In addition to numerous book contributions and essays, his publications include the book “Kosovo and the EU: State of Play and Future Perspectives”, which he recently published in Albanian, German, English and Serbian, and is a lexically prepared anthology. Mandl was a city councillor and deputy mayor of his hometown Gerasdorf. He has three children.