You are here: Home1 / Developing the rule of law and strengthening anti-corruption in the Moldovan...

The Moldovan-German Forum (FMG) is currently implementing a project on the rule of law and corruption in the public procurement sector of the Republic of Moldova in cooperation with the Institute for the Danube Region and Central Europe (IDM), a Vienna-based think-tank. The project is conducted in the framework of the BACID programme “Building Administrative Capacities of the Countries of the Western Balkans and the Republic of Moldova – Cycle II”, co-funded by the Austrian Development Agency (ADA).

Corruption and a weak rule of law system are one of the biggest challenges in the aspirations of Moldova to become a European-style democracy with a competition-based, thriving and prosperity-generating market economy. Considering the tremendous economic weight of public procurements, which constituted 4.66% of Moldova’s GDP in the last trimester of 2019, frequent irregular payments and bribes have a particularly severe effect on the country’s economy and its ability to attract foreign investors. In the European Union’s bilateral cooperation with Moldova, anti-corruption and a business-friendly environment regularly appear among the top priorities. Despite considerable legislative and practical progress in Moldova, significant issues remain.

Against this backdrop, the project’s main objective is to facilitate accountable, transparent, efficient and non-discriminatory public procurement as a powerful anti-corruption tool in Moldova. Fair, predictable and swift tender procedures will ultimately benefit good governance, investor-friendliness and boost economic growth.

For this purpose, the project will identify by means of an interdisciplinary methodological approach the legislative gaps and red flags that facilitate corruption and maladministration in the Moldovan public procurement sector. Utilising the established FMG network, the project will match hands-on scientific evidence with practitioners’ experience.

The research findings and policy recommendations will be discussed at two outreach conferences – a mid-term conference taking place in Chisinau in April 2020 and a final conference in Vienna in June 2020. At these conferences a wider audience of public authorities, decision-makers, businesses and advocacy groups in the fields of rule of law and anti-corruption policy will be invited and given the opportunity to influence policy formulation.

The project’s ambition is to work out hands-on practical challenges faced by economic operators in public tenders, find new regulatory solutions and contribute to strengthening civil society and business groups in their advocacy for a better procurement system in Moldova.

The project will be implemented for a duration of six months (January – June 2020). The activities will be coordinated by the FMG, led by a team of dedicated international researchers from Moldova, Austria and Germany.

If you have a stake in this topic, want to learn more about the study impact or kindly stand ready for an interview to share your experience with public procurement in Moldova, please contact us via (info@fmg.md).

Information about the team:

Mihai-Razvan Corman is a law graduate from Humboldt University in Berlin, holder of a Master’s Degree from the College of Europe, PhD Researcher at Ghent University at the Department for European Law and scholarship holder of the Foundation of the German Economy (Stiftung der Deutschen Wirtschaft). His research focuses on the Eastern Partnership, the European Neighbourhood Policy and the EU legal instruments in the area of anti-corruption and rule of law in Moldova and Ukraine, on which he has published widely. He has three years of experience working in different international law firms specialised in public procurement law and providing expertise for the Council of Europe, the European Commission and the European Parliament.

Nicolas Heger is a Young Professional with 3-years+ experience in policy strategy & evaluations, European administration and law, advocacy & public affairs, and business development, all with an international dimension. Nicolas is currently Kyiv-based and works as an independent consultant, involved in EU and German-funded projects to implement Good Governance Reform in Ukraine and Eastern Partnership. Post-graduate of the College of Europe in European Interdisciplinary Studies, mainly researching the legal framework of the European Neighbourhood Policy. LL.M. degree holder in European Law at Maastricht University with a distinct interest in EU institutional and administrative Law, Internal Market Regulation and State Aid and Public Procurement Law.

Nicolae Arnaut is a graduate from the State University, Faculty of International Relations and Political Science, a MBA holder from the Academy of Economic Studies and also studied post-graduate European Interdisciplinary Studies at the College of Europe. He gained professional experience from private sector and consulting as well from public administration. He worked as the Head of Minister’s Office at Ministry of Health (2009-2010), Financial Assistant at the World Bank (2010-2013) and Project Coordinator at the Aquaproiect Romania (2014-2015). Currently he is involved in several EU funded projects in EaP concerning foreign policy and business.

Sebastian Schäffer is Managing Director at the Institute for the Danube Region and Central Europe (IDM) as well as Secretary General of the Danube Rectors’ Conference (DRC) in Vienna and member of the Academic Council of the Munich European Forum e.V. and founding member of MEIA Research e.V. Mr. Schäffer holds an Honor’s Master’s degree in East European studies from the University of Regensburg and an M.A. degree from LMU. His areas of expertise include European Neighbourhood Policy, EU-Russia relations, Eastern Partnership (especially Moldova and Ukraine), EU integration as well as the EU Strategy for the Danube Region. 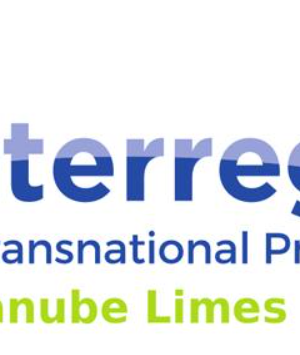