You are here: Home1 / From Fictional to Functioning Democracy Developing Concepts and Strategies...

The key points of this IDM project are 1) to scrutinize the contexts and causes of illiberal, respectively fictional democracy, 2) to develop concepts and strategies of strengthening liberal, respectively functioning democracy and its functioning political communication as well as active citizenship in an inclusive and participatory EU, and 3) to disseminate the project’s findings through awareness raising activities, events and publications for different targets groups on the local, regional, national, international and EU level. The rationale behind this proposal comes from the worrying erosion tendencies of liberal democracy as well as from the increase of populism, extremism and religious radicalisation in the Danube Region and Central Europe.

All these developments pose challenges to European integration and may be defined as “tribalism”. No matter which form of xenophobia and extremism, if politically or religiously connoted and legitimised, tribalism jeopardises hitherto established European standards of liberal democracy, checks and balances, and the rule of law. Processes of integration are even more challenged by the lack of a European public sphere. At the same time ostracism of critical media and journalists threatens press freedom in many places and forces the national filter of Europe in national media. The main objectives of IDM as a long-year extramural interdisciplinary research institution are therefore to conduct research on European integration and enlargement in its focus region, and disseminating the project’s results through the international IDM publications, events and network as well as through the network of the IDM project partner, the Danube Rectors’ Conference (DRC), including 64 university members. All these various activities aim to affect various segments of the public discourse on the importance of strengthening liberal and functioning democracy and to support active citizenship in an inclusive and participatory European Union.

Democracy Is (No!) Fiction

Developing Concepts and Strategies For an Inclusive and Participatory Europe

with a keynote speech by Ivan KRASTEV (Permanent Fellow at the Institute for Human Sciences (IWM), Vienna, Chairman of the Centre for Liberal Strategies, Sofia)

Liberal democracy appears to be at risk – both in Europe and abroad. New forms of façade democracies spread in Europe, framed by biased political communication through ideological misinformation, hate speech and tribalism. Authoritarian politicians try to turn Europe into an arena, where metaphorically speaking leaders of tribes are fighting each other by any tools to cement their own positions. As a result, so-called stabilocracies epitomise superficial stability and simulate pluralism and peace. In parallel with the rise of xenophobia, populism and radicalisation, liberal democratic principles such as checks and balances are gradually eroding.

Moreover, the lack of a common public sphere is challenging European integration processes. Decreasing press freedom and increasing mistrust in traditional media pave the way for populists that rely on oligarchic media networks and use the effects of so-called ‘filter bubbles’ and ‘echo chambers’ on social media. Instead of exchanging different opinions in a reflected manner, mostly one-sided, individualized excerpts of the complex social reality find their way to the surface. Biased (social) media thus creates but a mere individual fiction, the façade of a homogeneous world corresponding to the viewers’ perceptions.

As part of the IDM and DRC Jean Monnet Project “From Fictional to Functioning Democracy (FIFUDEM)”, the conference brings up the problem of fictional democracy – a new form of façade democracy that produces illiberal fictions of democracy. It aims at creating new visions for actively committed citizenship in a functioning democracy, embedded in a common and inclusive European Union. In order to achieve this, academics and researchers specialised in EU matters, as well as civil society activists, stakeholders and practitioners and EU representatives  are invited to develop strategies of strengthening active and participatory citizenship and functioning political communication methodologies.

Statements from the kick-off event:

Permanent Fellow at the Institute for Human Sciences (IWM), Vienna, Chairman of the Centre for Liberal Strategies, Sofia

Deputy Director of the Directorate for the European Union at the Ministry of Foreign Affairs of North Macedonia, Skopje 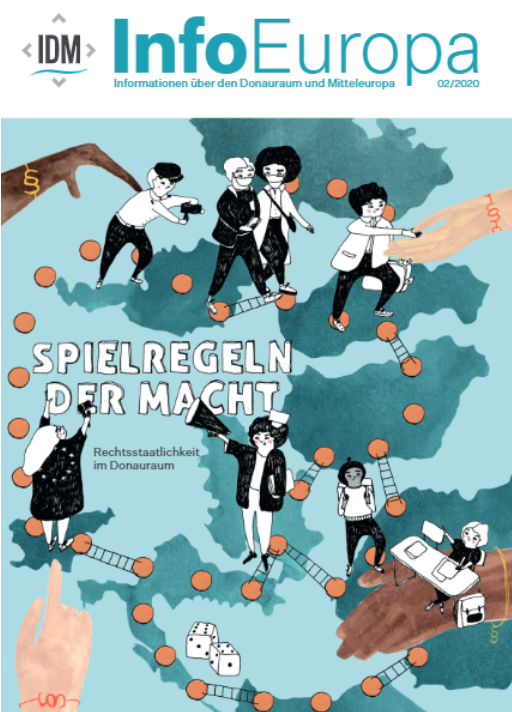 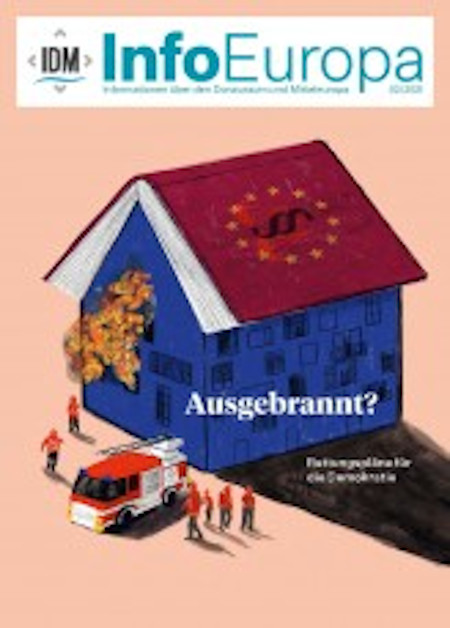 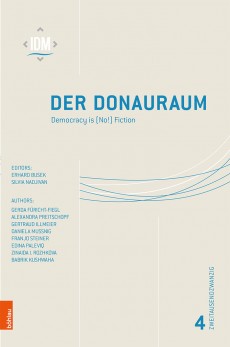 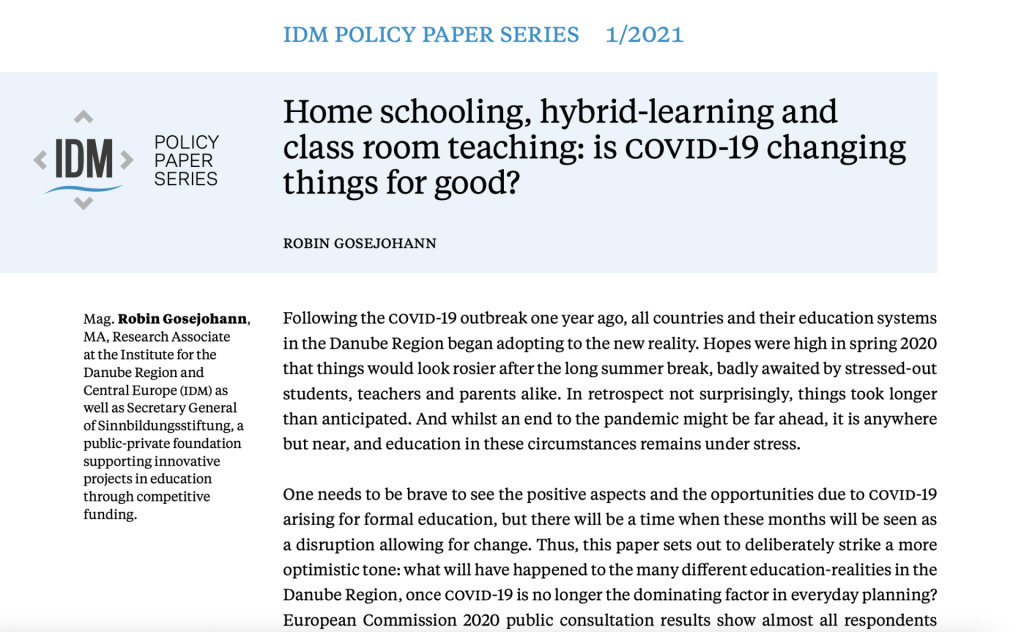 Policy Paper 2/2021:
Why the Western Balkans should join the EU immediately 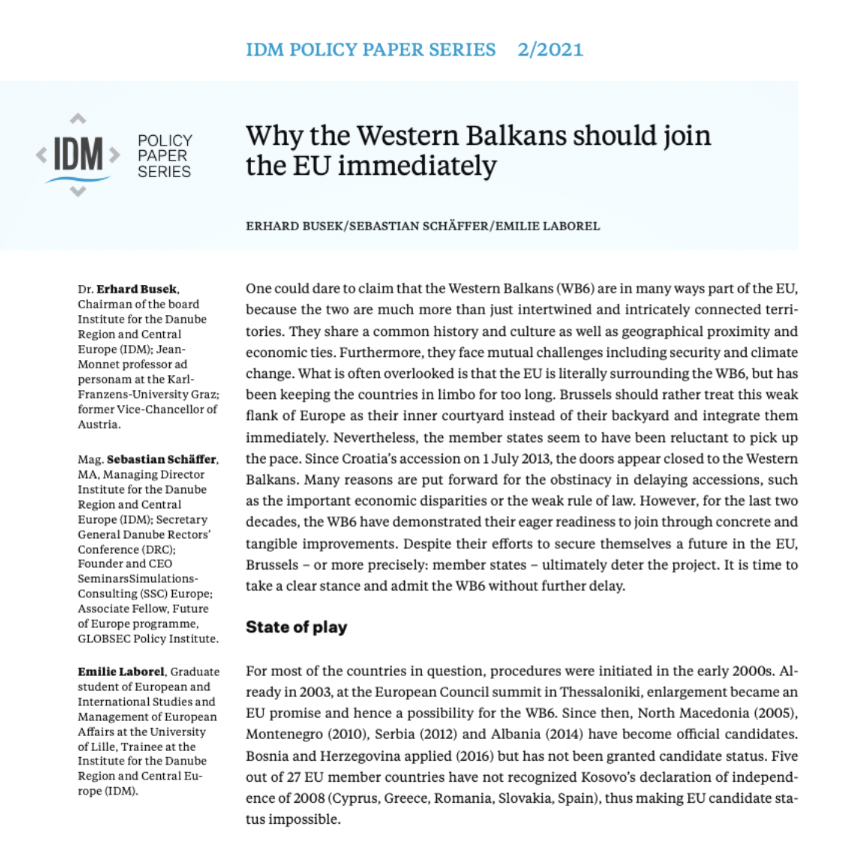 IDM Democracy Talks/Session 3: “What about Solidarity in Europe? What about the European idea?”
24  November 2020 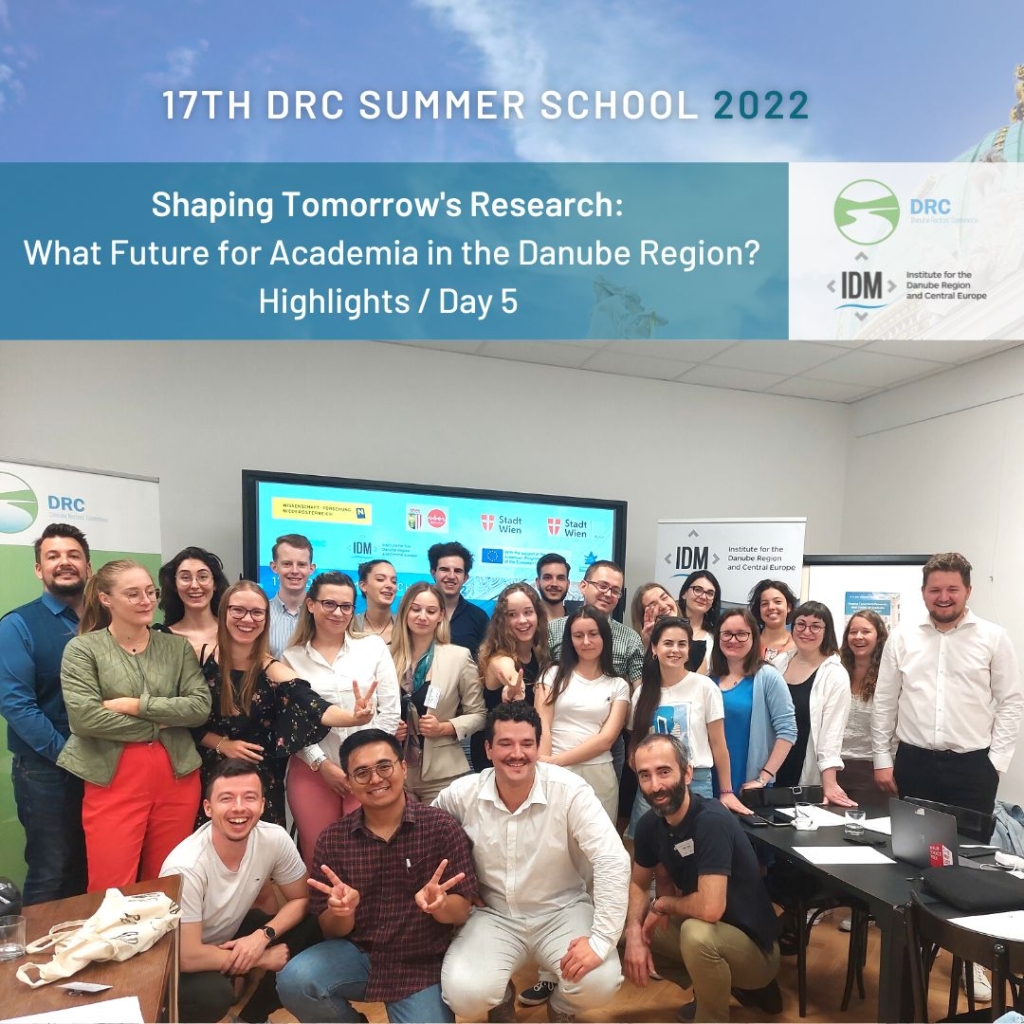 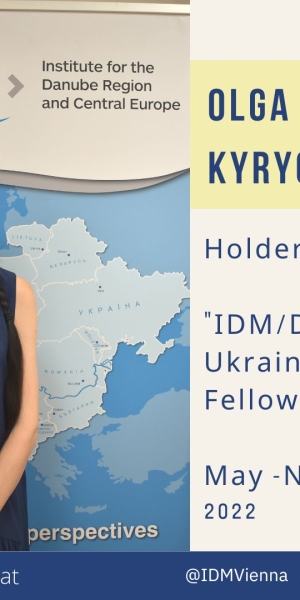 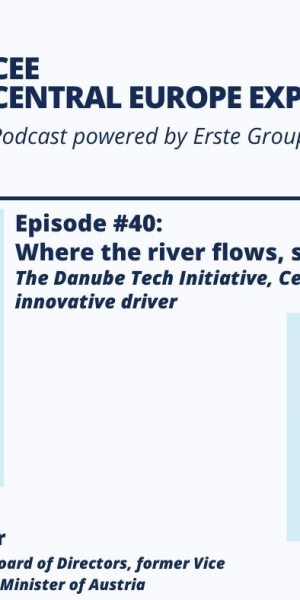