How did the dissolution of the USSR impact the European Community, and later the EU? The Baltic states joined the EU but for the rest of Eastern Europe only the Eastern Partnership framework was put on offer, with perspectives of deeper economic and political cooperation but without clear membership prospects. Relations between the EU and Russia have been quite intense over the last thirty years. Despite multiple political crises and disagreements, economic cooperation, business ties and people-to-people contacts have abounded. The EU and Russian influences in the Eastern Neighbourhood overlapped and sometimes clashed, but otherwise co-existed relatively peacefully up until the events in Ukraine in 2013. After Maidan protests and especially the annexation of Crimea, the geopolitical situation on the continent has changed irreversibly. Further crises unfolded, including the war in Eastern Ukraine.

More recently, Russia-EU relations have reached a new low, with Moscow dismissing relations with Brussels as inessential and focusing on bilateral ties with EU member states, the internal political crisis in Belarus spilled over the border and gained a geopolitical dimension, the full-scale war between Armenia and Azerbaijan brought victory to Baku and enhanced Turkish standing in the region, while Moldova elected a pro-European party in a landslide. Do these drastic developments point to an emergence of a new geopolitical situation on the European continent? How should the EU, Russia and the Eastern Neighbourhood countries build relations with one another in order to manage this transition without major conflicts and human losses?

The panel will discuss the impact of the dissolution of the Soviet Union on European security and how the latter has changed after thirty years. It will look at the EU’s relations with Russia and Eastern Neighbourhood countries, discuss the role of the Baltic states in formulating the EU policy towards Eastern Partners and Russia, and assess how states’ relations on the European continent might evolve in the near future.

The discussion will be held in English. 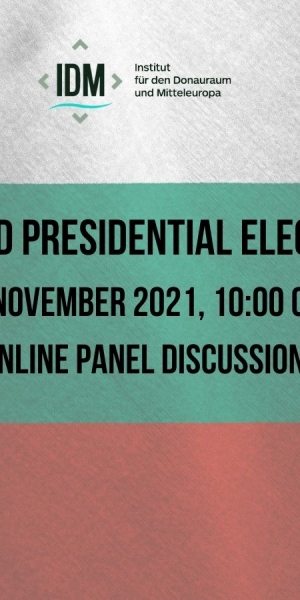