Valorising cultural heritage and fostering sustainable tourism by LIVING the common heritage on the DANUBE LIMES as basis for a cultural route.

• Main objective of the project is the connection of the Danube region through its common Roman heritage. The project seeks to support its preservation through the creation of consciousness for the value of common heritage, while respecting local differences, particularities, and creating sensibility, that the Roman Danube Limes was not just a border fortification network, but also a vast trading zone with a lot of mobility.

• The project supports the UNESCO World Heritage nomination of the entire Danube Limes, specially focusing on the nomination process for Croatia, Serbia, Romania and Bulgaria.

• Another main objective of the project is laying the foundations for a future European Cultural Route traversing the entire Danube Region.

• The fostering of sustainable and eco-friendly tourism through tourism strategies specifically created for the Danube Limes region is another prime objective of Living Danube Limes. Outputs of the project:

• A Roman Danube ship of the 4th century AD will be reconstructed, using Roman tool replicas, over the course of the project and will cruise down the entire Danube in 2022, with an international living-history crew on board, in order to highlight the connecting character of the Roman Danube Limes. After the end of the project, the ship will be at the disposal of each project pilot-site for one year, in order to serve as attraction and motivation for further investment into the pilot-site.

• Through the application of modern non-invasive archaeological geo-prospection at chosen pilot-sites, various research gaps will be closed.

• A Living Danube Limes app will be created in order to host a comprehensive and easy to access archaeological and historic catalogue of the Danube region, which will merge data from predecessor initiatives with new data gained through the research activities carried out in Living Danube Limes.

• Virtual und augmented reality reconstructions of original Roman Limes infrastructure will be created from the data of the geophysical prospections at the project pilot-sites and will then be hosted on the Living Danube Limes app.

• The establishment of a transnational museum cluster will further the common presentation of Roman heritage in the Danube Region, in order to create better visibility and understanding of the vastness and importance of this connecting historic landscape. Reaching out to the people – making the common Roman past tangible:

• The project will establish eight national pilot-sites with regular public activities such as living-history events and workshops on historic crafting methods.

• Workshops for the dissemination of historic crafting techniques will be organised and documented.

• A living-history cruise from Germany to the Black Sea, with international living-history groups steering the reconstructed Roman ship of the 4th century AD, will be organised at the end of the project. The ship and its crew will be halting at each pilot-site in order to participate in a living-history festival there, which will further allow for a large array of interactions with the public. 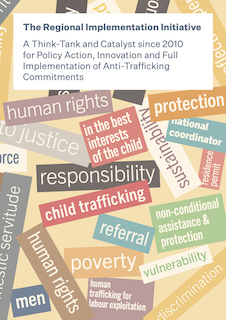