You are here: Home1 / Life Along the Danube

Summer exhibition of the winning photographs of the competition organised by VHS Landstraße and the Institute for the Danube Region and Central Europe (IDM) in cooperation with the Vienna Photo School and the OeAD cooperation office in Lemberg.

LIFE ALONG THE DANUBE

– life along my shores, life in and above me. This bustling activity has been witnessed, experienced, documented and over the last hundred years also photographed by many.

Every rapid, every bend and every inflow tells its own story. In this exhibition, a dozen people each share one of millions of these stories, which have also become part of my own story. Each of the panels, with a total of 24 photographs from all ten riparian states, reveals the mosaic of my diverse soul, here in the Volkshochschule Landstraße, not far from my artificial side arm in Vienna, the Danube canal.

“A magic dwells in each beginning”, as once said by the famous German poet Hermann Hesse – and my origins, my source and my enchanting secret are also hidden in German lands. Most people do not think highly of secrets and divulge them, in my case they even put up signs on stones to tell the whole world: “This is where the main headstream of the Danube arises” –

Ivan Kajgana photographed the „Bergquelle“ (mountain spring) in the Black Forest at the European watershed near Furtwangen in Baden-Württemberg, Germany.

But life does not only sprout on my shores!

At my tributaries such as the Thaya in the Austrian-Czech borderland, too, a biodiversity has developed that ranges from dragonflies to human children (both photos taken by Indigo), and also across the border in Slovakia, life pulsates in the city as well as in the countryside (Bratislava by night and a recreational area close by, both photos by Martin Krenčey).

How hard it is to decide whether I more appreciate the rural idyll or the urban humming in my metropolises Vienna, Budapest and Belgrade.

In any case, just before Hungary’s capital, as straight as an arrow I shoot south and marvel at the beauty of Budapest (Bruno Galla). This beauty can also be seen in the architectural talent of Samuel Petz, a pupil of Theophil Hansen, who in 1897 devised a market hall (Ivan Kajgana) with over a hundred stalls on three floors, to which a canal once ran off from my bank to facilitate the transport of goods.

Who could believe, when one is enjoying such a sunset (Fabian Kümmeler), that not long ago, not far from Apatin at the Serbian-Croatian border, cruel violence was manifested in all its forms? Whether it was the Yugoslav Wars, the World Wars or the numerous battles before – isn’t such a dusk closer to all of us than the thought of where Croatia ends and Serbia begins?

Doesn’t the everyday hustle and bustle of a small town like Zemun (Ivan Kajgana) delight our hearts more than clarifying border demarcations?

The same applies to this market scene (Ivan Kajgana), because yes, it is located further downstream along the Danube in Bulgaria, but Romania already lies along the other riverbank…

Where does “there” begin and where does “here” end? That is also the question raised by Smaranda Șchiopu’s photograph, taken in Tutrakan, Bulgaria.

On the opposite side, one can already see Oltenița in Romania, where a ferry once fared, but the infrastructure is getting weaker with every grain of sand that trickles through the hourglass of the system coming to an end. What remains are flora and fauna such as the variety of birds (Tobias Weger) – they give me peace of mind in my Sulina river arm.

But even a boat trip like the one above the Iron Gate near Orșova pleases me as it draws poetic traces of words in my waves (Christopher Radovici):

«A river of prisms,

While reconnecting with the warmest shades of blue,

Within and without ourselves!»

But boat trips do not only serve as a source for creative inspiration.

They are, as for example in and around the city of Tulcea in my delta, waterways in which boating trip communities (Marion Müller) form to get from A to B.

Between A and B, Europe and “on the border” (to Russia), the literal meaning of ‘Ukraine’, there lies a country named after a river that does not even flow there. The Republic of Moldova, in German “Moldau” or colloquially “Moldawien”, with which I am connected by a whole of 450 metres, where my almost 1,000 kilometres long tributary Prut joins me.

The people here have built a harbour near the Prut estuary (Ivan Kajgana) and on the border with Ukraine, there are oil tanks (Ivan Kajgana) on an industrial site – witnesses to this civilization’s dependence on prehistoric fossils and dictatorships that will probably never learn to spell human rights as long as democracies buy their gas, oil and plastic filth…

In the channels and branched arms of the northern Danube delta, no one suspects any of this. Neither this friendly fishing couple (Ivan Kajgana), nor the dreamy lakes, side arms and deserted waterways all around.

Speaking of water: it is sometimes delivered in a tanker truck and carried home like all other purchases (Susanne Beschaner). But my water also meets every soul on the beach of Sulina (Marion Müller), which many would rather be located in the Caribbean, where one of my side arms flows into the Black Sea, between the war on Odesa and tourist crowds in Constanța…

…where my journey ends at kilometre 0 (Susanne Beschaner), a new journey begins, where fresh meets salt water, where the sea absorbs my DNA and lets all the weltschmerz dissolve into spray and tides. 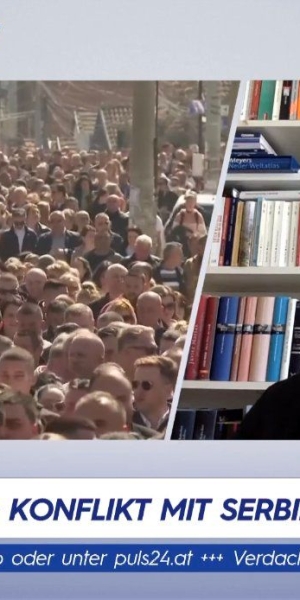