In his blog article Dino Filipovic, the IDM’s Croatian trainee, explains the positive and negative aspects of entering the Schengen Area and the Eurozone.

The celebration on New Year’s Eve took many of us away for a moment from the fact that last year brought us war and that many new challenges await us in the next one. Few could have predicted that in the year 2022, on European soil, we would witness the insane destruction of cities and the misfortunes of many people. However, we can only hope that these tectonic changes in international relations will have as few adverse effects on our lives as possible and that the new year 2023 will be much more positive. In this direction, the war experiences of the 1990s in Croatia can be an example to the Ukrainian people that even such difficulties will eventually be overcome and that a period of reconstruction and prosperity will soon follow.

Along with the standard drinking of New Year’s champagne, entry into the new year was especially important for the citizens of Croatia.  This was confirmed on the first day of the new year by the arrival of Ursula von der Leyen at the Bregana border crossing between Slovenia and Croatia to congratulate Croatian Prime Minister Plenković on entering the Schengen zone and switching to the euro. While pictures of Croatian officials cheerfully paying for their European colleagues’ coffee in euros spread quickly in the media, in practice these changes meant the beginning of a chaotic period. The possibility of still paying in kunas for the first two weeks, and refunding money in euros, caused great confusion on the first day. While some kept copies of the kuna as a souvenir, others rushed to shops to get a euro in return and get rid of the remaining banknotes and coins of the former currency. This created immediate congestion and problems for traders, who still showed insufficient readiness despite a long period of preparation. In addition to the above, numerous examples of Turkish lira coins were found in circulation, visually resembling one-euro coins. The elderly population is especially susceptible to this type of fraud, but given that many Croats have learned to change currencies from Yugoslavian and Croatian dinars to kuna, there is no doubt that this problem will soon become a thing of the past.

What resonated much more strongly with the public and affected Croatian citizens was the price increase. Just a few months ago, the governor of the Croatian National Bank and government members assured us that such a scenario was impossible. However, the prime minister and the minister of economy and sustainable development appeared in front of the television cameras with confused faces and visibly surprised. Urgent talks with the directors of the retail chains followed this. The Croatian government publicly threatened to blacklist traders who used the opportunity to raise prices, and the government promptly reacted by activating the inspectorate. Through special price monitoring, the state inspectorate determined a price increase of 13 percent. Among the listed items were basic foodstuffs such as water, juice, eggs, and chicken meat. At the same time, traders try to find justifications and claim that the price increase was not due to the introduction of the euro but due to a rise in costs. In the meantime, Croatian citizens, from markets and bakeries to hair salons, face higher prices than in December last year. The transition to the euro today gives us the possibility not only to compare, for example, salaries and pensions with the rest of the EU but also to compare the prices of essential items very simply. Accordingly, numerous media outlets recently published tables where it was possible to see that many foodstuffs are much cheaper in neighboring countries such as Slovenia. All this additionally caused resentment among the citizens, and in the coming period, we will see if the price increase will continue.

No borders or shifted borders?

In contrast to the confusion surrounding the introduction of the euro, it was predictable that the entry into the Schengen Area would pass without major problems. However, the abolition of border controls towards Slovenia and Hungary also means increased controls towards Serbia and Bosnia and Herzegovina. Thus, on the first days of the new year, people waited for hours at the border crossings with Serbia, and the lines were kilometers long. However, the reason for this was also the Christmas holidays, and the situation returned to normal very quickly. Returning to the traineeship in Vienna after the holidays was also exciting for me personally because, for the first time, I had the opportunity to travel to the rest of the EU without stopping at the border. Although I was looking forward to the fact that this winter I would not have to get off the bus to show the border police my identity document, the Austrian police denied my expectations by stopping the bus at the border between Slovenia and Austria and made my journey no different from the previous ones. Despite this, I am looking forward to the fact that with these changes, the long line towards the Adriatic Sea in the summer period will forever be a part of history.

It is indisputable that Croatia achieved almost all of its foreign policy goals with the changes mentioned above, except for membership in the OECD. It is to be expected that the ruling elites will start seriously dealing with internal problems in order to catch up with the rest of the EU. The recent population census is the best indicator that young people in this country do not see prospects and are looking for their happiness in countries like Germany, Austria, or Ireland. While European officials were drinking the first New Year’s coffee in Zagreb, just a few tens of kilometers away in the earthquake-affected area, residents welcomed the new year in containers.  It is a devastating fact that the Croatian government, three years after the earthquake, has not yet renovated even a single house and that despite the available European funds, the renovation process has not even started. It remains to be hoped that the new year will bring positive developments in this segment as well. After the football euphoria has almost completely diminished, with a new currency in their pockets, Croatian citizens are looking towards a more stable situation both internally and internationally. 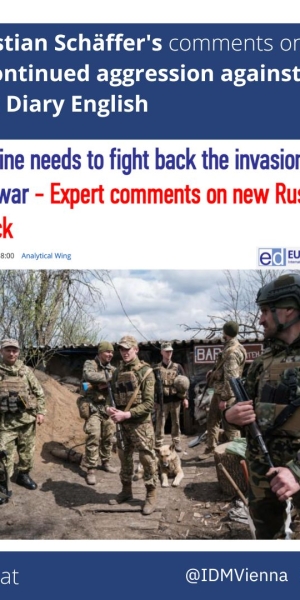 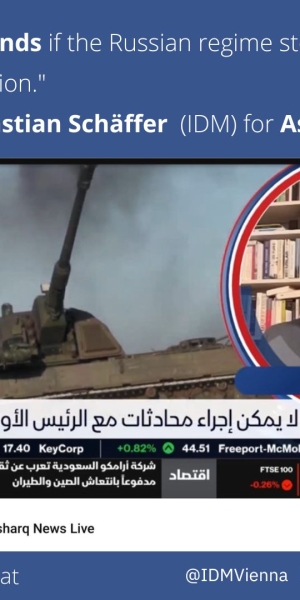