Democracy is on thin ice, let’s invest in social cohesion between East and West 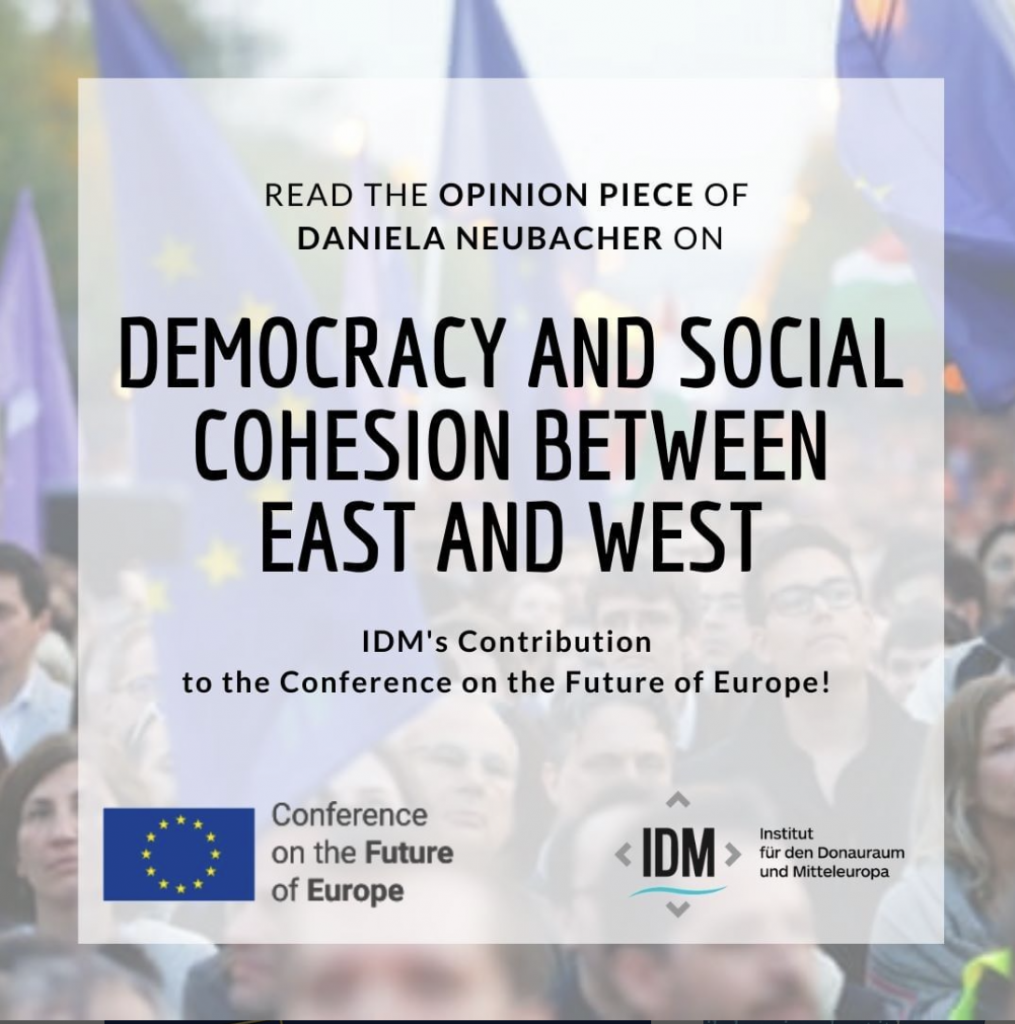 The climate is changing, not only in regard to weather extremes or melting glaciers, but also in our public sphere. As extreme positions go viral and the spread of false information rests uncontained, a toxic atmosphere is in the making. Both foreign and domestic actors intentionally deceive the public with misleading information that fuel conspiracies gradually weakening the arenas of democracies.

Disinformation is a phenomenon with a history. Its deceiving strategies were not invented by contemporary populists such as Donald Trump, but they go back a long way in the history of political communication. Researchers and EU decision-makers are struggling with the observation that public spheres of Central Eastern Europe (CEE) and Southeast Europe (SEE) seem to provide a more fruitful platform for disinformation campaigns than in other regions of the continent. Current headlines featuring political leaders such as Viktor Orbán in Hungary, Ivan Janša in Slovenia, Aleksandar Vučić in Serbia or Mateusz Morawiecki in Poland might prove this perception.

In fact, the public spheres of the countries mentioned are showing severe deficiencies. Democratic institutions lack trust due to corruption scandals and historically rooted tribalism, unresolved conflicts separate the political elite, ethnicity-based identity politics lead to a high level of political and societal polarization – all together these deficiencies are accelerated and instrumentalized by populists in order to maintain their power.

For too long, have the neighbor countries of CEE and SEE as well as the institutions of the EU passively observed the erosion of the media ecosystem in the region. While the cohesion funds’ resources went into modern infrastructure, less tangible factors of social and cultural cohesion have been neglected for much too long.

In addition, the stalling enlargement process on the Western Balkans lost leverage for change and created a generation disillusioned from the promises of EU integration. The effects of post-truth politics tackle the needs for orientation and belonging. If we do not act immediately, narratives of colonialism and the promotion of exclusionist conservative ideas will spread further. Increasing violence towards vulnerable groups such as the LGBT+ community, ethnical minorities as well as journalists is alarming.

The current focus of EU actors on foreign interventions regarding disinformation is missing the point as domestic contexts and actors enable and strengthen, often even initiate disinformation campaigns to create noise in the arenas while pushing forward their egoistic interests. Qualitative journalism will always lag behind this noise as negativity and emotion is more powerful than reason. Therefore, we need to understand the psychological unrest behind these conflicts. As mentioned, disinformation is a phenomenon with a history.

Investigating and negotiating the history of the region, particularly in regard to the interdependencies and entanglements between East and West, poses the biggest and most urgent challenge. We will not successfully tackle the melt-down of social coherence by fighting only the superficial threats of disinformation. We will not contain the societal climate change at all by just creating algorithms, tools and sanctions. A healthy atmosphere for discourse and negotiation can only become a collective goal if we invest in intensive regional cooperation, enable a dialogue without taboos and support every single voice that is committed to these efforts.

What is Conference on the Future of Europe (CoFoE)?
It is an initiative of the European Parliament and the European Commission with an aim
to promote democracy, build a more resilient Europe and involve citizens as equal partners in the discussion on the future of the EU. Since 19 April 2021 also you can participate through the multilingual digital platform of the Conference.

Opinion Piece (CoFoE): Reforms of the institutional set-up of the EU 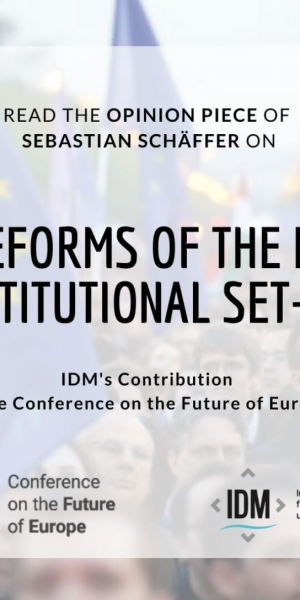 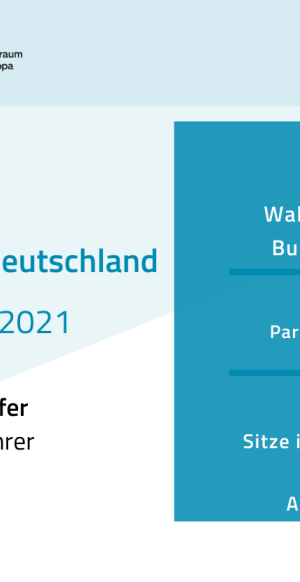